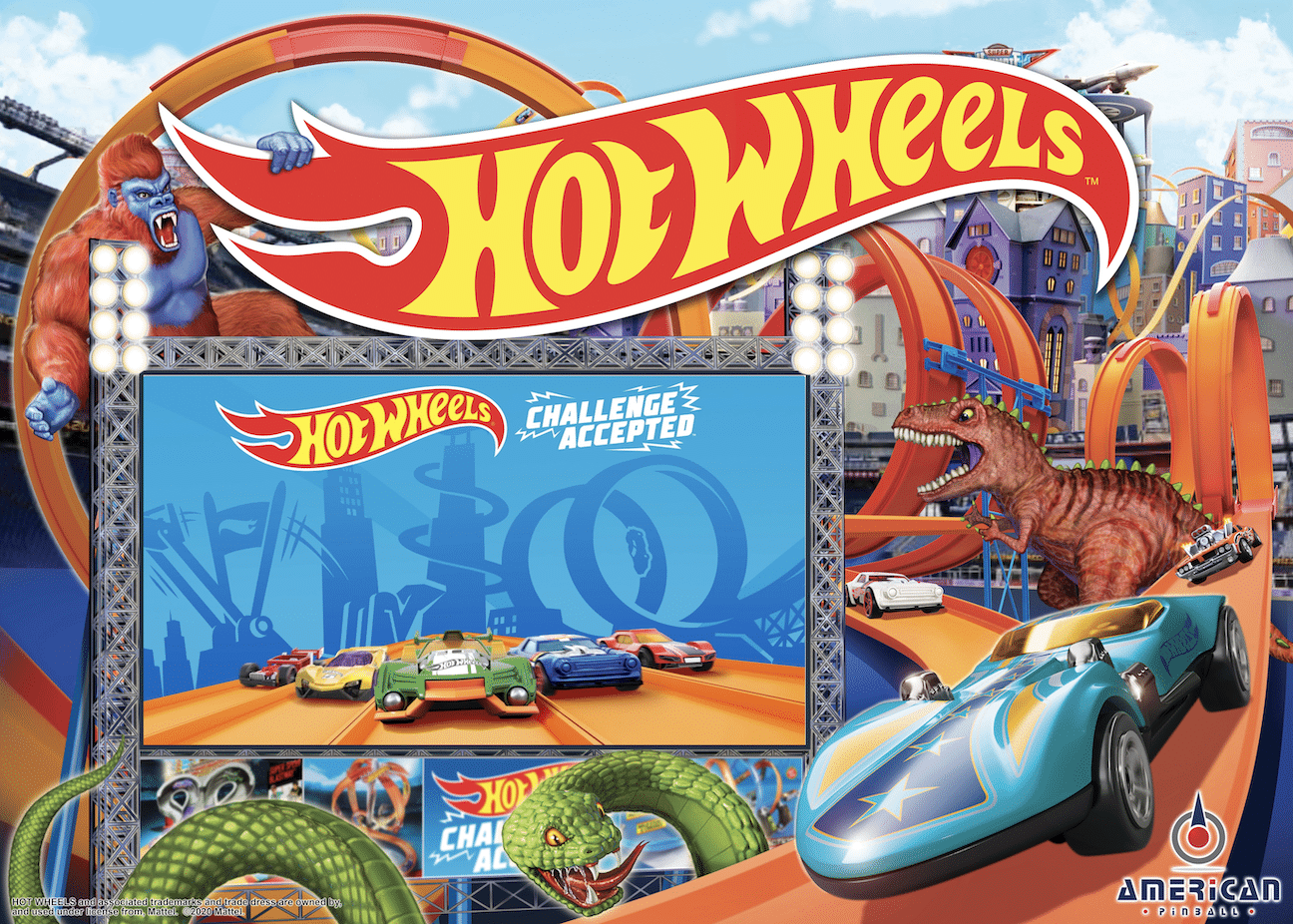 It's time to get hot!

For over 50 years, Mattel's HOT WHEELS™ die cast cars have been sought and collected by hundreds of millions of fans all over the world. Over 5 billion cars have been sold incorporating more than 20,000 different car designs.

Today this multi-generational franchise is bigger than it's ever been, and by far the #1 selling toy in the world!*

And now American Pinball is proud to present the first officially licensed HOT WHEELS™ pinball machine. The exciting and fast-paced world of HOT WHEELS™ comes to life under glass, featuring a dazzling array of gameplay objectives that will keep players of all ages racing back to play again and again. 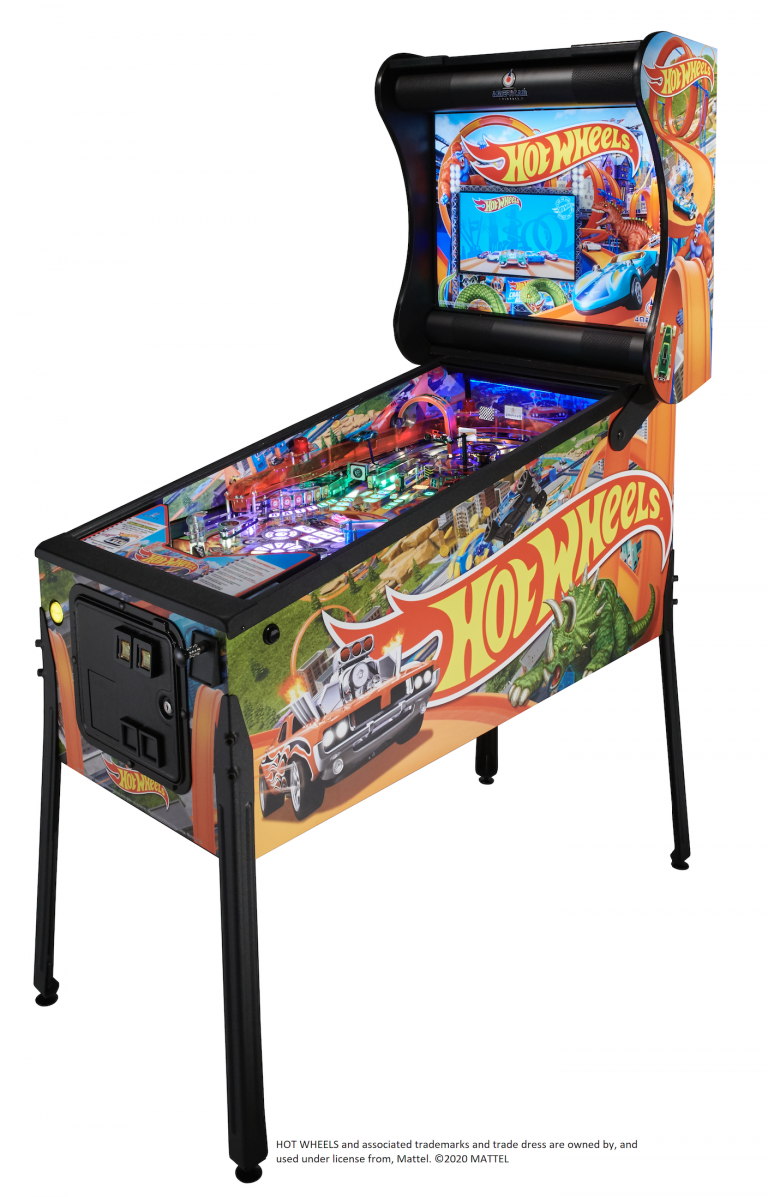 HOT WHEELS and associated trademarks and trade dress are owned by, and used under license from, Mattel. © 2020 Mattel 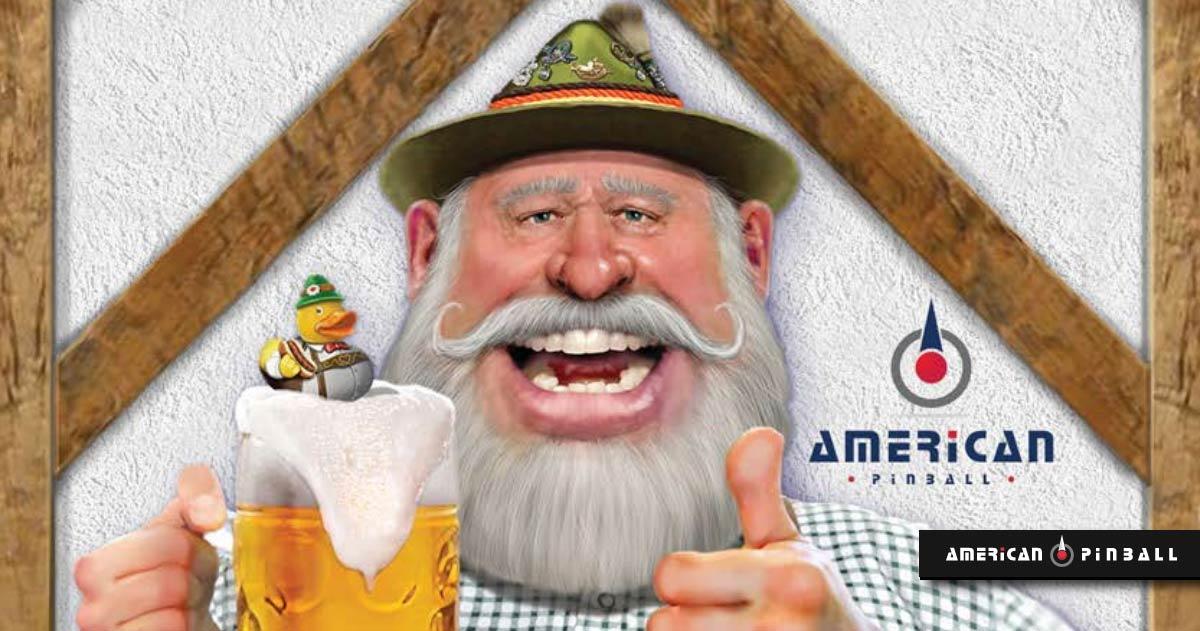 Experience the world famous Oktoberfest, year round, with Pinball on Tap! Travel around the festival, visiting over a dozen tents and collecting steins for each.

Thrill at the exciting rides, including the amazing Corkscrew rollercoaster! Enjoy fantastic music, food, and drink to round out the ultimate Oktoberfest adventure.

There are two outlane drain modes to try to save your ball: Return from Beyond and Escape Death

There are 10 modes at the stage 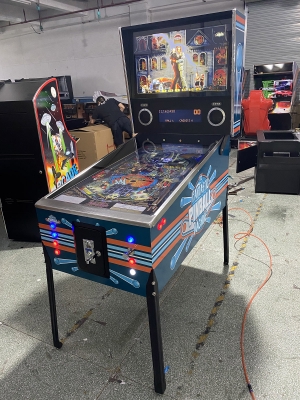 LATEST RELEASE… Come in to our Showroom to have a look.. they are totally awesome.

The biggest problem with owning a pinball machine is that you’re always stuck with the one machine.

Once you’ve mastered that machine you’ll be longing for more.
Pinball machines don’t come cheap, and they certainly don’t come small.  Owning all of your favourite pinball machines isn’t feasible for most.
With the Virtual Pinball, now you can!

The Pinball is a full size, full digital pinball machine which offers multiple tables at the push of a button.

It’s also a much more reliable option as it doesn’t contain all the mechanical parts which can fail at any time. 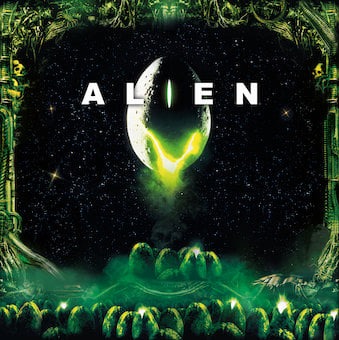 The Greatest theme Pinball Machine ever to be built is Back 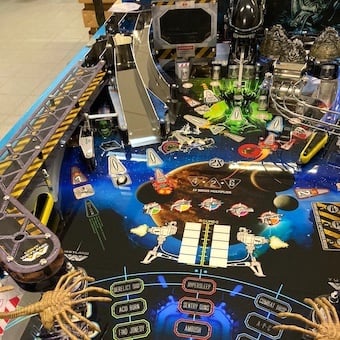 When the computer on the commercial space tug Nostromo detects a transmission in the middle of its flight
home, it wakes its crew to investigate the source of the signal. On the moon LV-426 they discover the wreck
of an old spaceship. Inside the ship, they come upon an array of large, leathery eggs. And the nightmare
begins…
Fight your way through fourteen original scenes from the Alien™ and Aliens™ movies. Choose which
adventure you want to play through at the beginning of the game.
Alien™ brings you:
Derelict Ship: Explore the unknown ship on LV-426 and find out what’s below this blue light.
Acid Burn: Follow the dripping acid through the decks to check where it goes.
Find Jonesy: Find the cat before the Xenomorph finds you!
Tunnel Hunt: Descend into the vent tunnel system to find and kill the Alien.
Self Destruct: Start the countdown to blow up the Nostromo and that abominable beast with it.
Aliens™ will haunt you with:
Combat Drop: Fly the drop ship to its destination without hitting a mountain.
APC: Navigate the APC through the structure on LV-426 and kill some Xenos on the way.
Bug Hunt: Find the colonists in the huge structure - and don’t get your team killed!
Queens Nest: You found the Alien queen and her nest. Now burn them down!
Loader Battle: Use the Power Loader exoskeleton to fight the Alien queen.
On top of this, you will get to play these multiballs:
Hypersleep: Revive your crew mates from their cryotubes.
Sentry Guns: Set up your automatic shooting sentry guns and let them blow Aliens away.
Ambush: Keep the attacking Aliens at bay in Ambush multiball.
Save Newt: Find Newt and protect her from the roaming Xenomorphs.
Should you still be alive after all those horrors, you might enter All Out War!
In this thrilling game, you will hunt Aliens by hitting the spinners hard, climb deck after deck to rescue
colonists over the shiny steel ramps, and finally stand up to the Alien queen in her nest! Be careful or the
ball-eating Xenomorph will throw your ball into the abyss and call its siblings to hunt you. Get your crew
members out of their hypersleep chambers to stand up to the danger with more than just one ball. Watch
the screen over the airlock closely, so you know where the enemy is waiting for you and how much time is
left before all is lost. If the moment is right, jump into the airlock and see what you must do next to save
everyone. Maybe you will even find a secret entrance? If you find the eggs, burn them so they won’t hatch
more of those face hugging monsters that try to jump at your ball from all sides. The MU-TH-UR 6000
computer will always have some surprises to help you out, so be sure to log in often. Run the lengths of the
darkest corridors to get a better shot at their ends. Get your crew into the ironclad APC and run it through
the inner hallways of the colony structures. And don’t forget to take your weapons with you! Better use
them all to double your score, save a life, or just hit that Alien twice with one shot!
Alien has been designed by David Sanders, art was directed by Aurich Lawson, music & sound FX have
been arranged by David Thiel, graphics & animation were rendered by Kelly Mazurowski, rules have been
programmed by Joe Schober, Brian Dominy did the software programming, James Rees engineered,
models by Matt Riesterer & Garret Popek, electronics laid out by Mark Rosier, some 2D artistry by Stefan
Akin and the voice of Carol Thiel, starring as MU-TH-UR 6000.
Alien has been resurrected by the Pinball Brothers.
ALIEN™ Pinball - Standard Version (SV)
MAIN ATTRACTIONS:
Fight your way through 14 Original Scenes from the Alien™ and Aliens™ Movies
SPECIAL GAME FEATURES:
• Ball-Eating Xenomorph Toy with two RGB lit Bash Targets in front
• Physical 3-ball Hypersleep Chamber Lock
• 5" Airlock LCD Screen
• 3 Colour-Changing 3D Molded Egg Pop Bumpers
• Jumping Slingshot Facehuggers
• Revive Ball Saver
• Weapons Status Display
• 4 Flippers
RAMPS & TOYS:
• MU-TH-UR 6000 Saucer
• 2 Xenomorph Spinners
• 3 Steel Entrance Ramps
• Platform Ramps & Plastics made of PET-G
• Airlock Scoop Assembly with playfield protector
• Secret Airlock Entrance
• 2 Playfield Magnets
• 3 Bank APC Drop Targets
• 5 RGB lit Weapon Stand-Up Targets
ADDITIONAL FEATURES
• Metal Apron
• Razorback™ Electronic System
• Après-Ski-System™ for easier playfield handling
• Full RGB LED Lighting System
• Lit Star Posts
• Side Armor with Flipper Button protection
• 18.5" LCD Screen
• Stereo HiFidelity Sound System
• 8" bass speaker
• Shaker Motor Connector
* ALIEN STANDARD GAME SHOWN
* GAME SUBJECT TO CHANGE 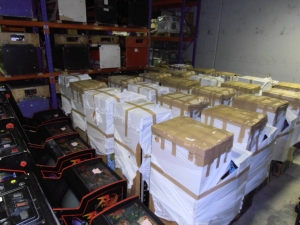 Many of these titles are "must have" pins and will be gone very quickly.

Please Note: 20% Restocking fee apply on all products for Cancelled orders or Change of Mind after Purchase.

Direct from a Private Collector in the United States (not containered European crap).

Some of these titles haven't been available for years so

order quickly as these titles will sell fast!

Please Note: 20% Restocking fee apply on all products for Cancelled orders or Change of Mind after Purchase.